LONDON, U.K. — A new report released today from the Royal College of Physicians (RCP), Nicotine without smoke: tobacco harm reduction, should provide reassurance and encouragement to smokers that vaping is a viable option for quitting. The 200-page report concludes that in the interest of public health it is important to widely promote vapor products and other non-combustion tobacco / nicotine products as substitutes for cigarettes. The extensive analysis also estimates that vapor products likely pose no more than 5% of the risks associated with cigarettes, with the authors further noting that the actual figure may be substantially lower.

You can view the full report here.

Send us an email and we'll get back to you, asap. 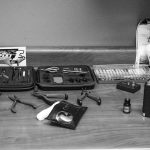 Why Are E-Cigarettes Better Than Tobacco Cigarettes?Vaping News